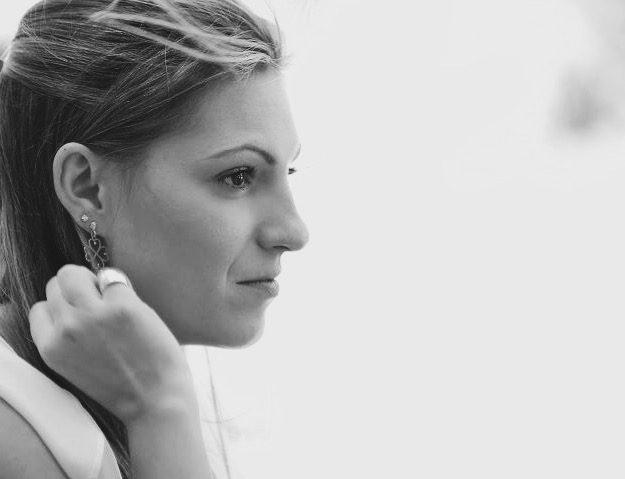 Georgia was born and raised in Athens. She holds a Graduate Degree from the Department of Nutrition of the Food Technology and Nutrition Faculty of the Alexander Technological Institute of Thessaloniki from which she graduated with Honours in 2005.

Her thesis on “The effects of obesity and cholesterol on the potential risk of breast cancer in female population” was the commencement of her involvement with the monitoring of breast cancer patients which later led to Georgia heading the Nutritional / Dietary Department of the Medical Diagnostics Center “Prolipsis” in Athens specializing in breast cancer patients, for over 10 years. There she gained significant insight and actively researched new dietary requirements that focused on patients and non-patients, and was also able to learn and evaluate the ever changing trends and new ideas on her field in a very demanding environment.
In September 2016 she takes the initiative and opens her own practice in Neo Psychico.
Georgia has participated in a number of summits & workshops relating to nutrition for dietary and medical purposes, a representative sample of which can be found below:
March 2017
“Child and Sport”- Kallistos Sport Club, Olympic Athletic Center Athens
January 2018
Georgia made a guest appearance on the Morning Show of The Greek National Television (ΕRΤ) and dealt with the topic of “Cravings: causes & ways to fight them”
April 2018
“The benefits of the Mediterranean Diet”- Workshop held by Apivita Natural Cosmetics at the Kitchen Lab, Athens
October 2019
“The benefits of the Mediterranean Diet and how it compares to other dietary plans”- Holistic Wellbeing pop up Event, Avana Secret Spot, Athens
She is an active member of the Hellenic Dieticians Association and the Hellenic Medical Association for Obesity.
Since October 2013 she has joined forces with the food blog “Nistiko Arkoudi”, the e-magazine “Bonusmall” and the “DeBop” City Guide.
Her numerous published articles can be found on the Articles Section of this website in Greek.

Manage Cookie Consent
To provide the best experiences, we use technologies like cookies to store and/or access device information. Consenting to these technologies will allow us to process data such as browsing behaviour or unique IDs on this site. Not consenting or withdrawing consent, may adversely affect certain features and functions.
Manage options Manage services Manage vendors Read more about these purposes
View preferences
{title} {title} {title}